The following blog has been written by Andy Briggs author of the all new Tarzan stories published by Faber.  Excellent books which bring the adventures to a whole new audience and keep the adventure going after 100 years!  Read on to find out more from Andy himself - huge thanks to Andy for taking the time to do this -  and look out for an interveuw to come soon ...

A lot can happen in a hundred years. We have mastered powered flight, landed men on the moon, created an instantaneous global communications network and pushed the boundaries of science farther and faster than ever before. The world has changed beyond our wildest predictions... except, it hasn’t changed much for one man. An Ape Man carved from the imagination of Edgar Rice Burroughs and raised by wild apes in the heart of Africa. He is Tarzan, Lord of the Jungle.

The world famous hero first graced the pages of All-Story magazine in 1912 in Tarzan of the Apes, and he has remained in print ever since, fuelling successive generations’ thirst for adventure. I was raised on Burroughs’ books and epic Tarzan TV shows and movies; it was a form of escapism and entertainment rolled into one. Burroughs wrote 26 Tarzan books, there have been numerous comics and TV shows, and 89 movies - every generation has their own Tarzan and I had the great fortune to bring him alive for a whole new generation of fans.

However, I didn’t want to continue the classic story, I wanted to reinvent him so he stays relevant to our current world. Nobody has been allowed to tinker with Tarzan before, he’s still owned by the family Estate - but I had an idea for a fresh new, contemporary, version of Tarzan, something I was convinced would appeal to new readers and keep the life-long fans happy too. 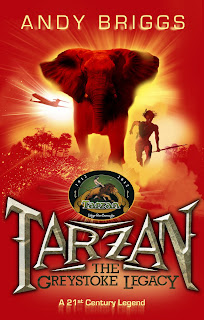 And they let me do it! Tarzan: The Greystoke Legacy was my first venture - followed by Tarzan: The Jungle Warrior.

Burroughs’ books remain classic adventure tales and I constantly urge people to go back and re-read them. My Tarzan is not a replacement, if anything he lives in a slightly parallel world to the original as I bring the story forward to the present day.

The first problem is where to set it. The original story took place in the coastal jungles of Gabon in West Africa, jungles that have now suffered from extensive logging, so I edged my story over into the Democratic Republic of Congo. Like almost all countries with the word “democratic” in their name, it’s one of the most dangerous places on earth. An ideal hunting ground for a new Tarzan.

Tarzan himself was created in a culture of colonialism, where White Man was king and whipped the ignorant natives into shape. Some critics argue that Burroughs’ writing was racist, but that is certainly not the case - it was simply the a product of the time. Those aspects of the story had to go, but the Congo freely offered up replacements for me to play with. Tarzan doesn’t hunt the primitive natives, instead he faces armed and intelligent rebel soldiers who populate the inaccessible jungle and offer a greater threat for the Ape Man. Gone are the white hunters in search of bagging game for fun; they’re replaced by insidious poachers who threaten endangered wildlife as they ply the illegal animal trade - which is now a multi-billion dollar global industry, just below narcotics and gun running.
My next consideration was what I should do about the apes, the peculiar man-like Mangani species that raised Tarzan as their own. Now, science has shown us that there is no such ape species out there. Through the pioneering world of Dr Jane Goodall and Dian Fossey, who dedicated their lives to research chimpanzees and mountain gorillas (and who were both inspired by Tarzan to do so) we know that Burroughs’ ape species was pure fiction. Or was it? 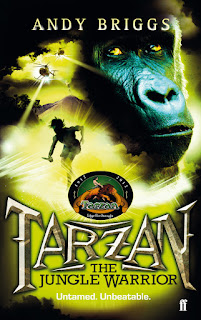 When he wrote Tarzan of the Apes, Burroughs’ Mangani were hairy mountain men, living in the depths of the jungle. Chimpanzees and gorillas were known, but locals spoke of mysterious mountain men, unknown to science. It was in 1902 that Captain Robert Von Beringe “discovered” the first mountain gorilla (of course, the locals knew all about them), and it was many more years before any research was seriously undertaken to study them. I believe Burroughs based his Mangani on those legends and was writing about mountain gorillas, even if he wasn’t completely aware of it - so I used them too, backed by a little more science.
Next come Jane Porter and Robbie Canler (who was always in the original book). How can they be believable modern characters in Tarzan’s world? In Tarzan of the Apes, Jane was taken into the jungle by her dotty father, who was a scientist. I was keen to move away from that image, and decided that her father should be leading an illegal logging expedition through the heart of the jungle. It sets him up as an antagonist, and gives Jane plenty of reasons to loathe Africa - although her father, Professor Archimedes Q. Porter (now known simply as, Archie), still retains some of his scientific background.
Robbie is no longer Jane’s suitor, well, not quite. He’s a much more complex character than the brave, dashing, and somewhat simple, Robert Canler in Tarzan of the Apes. Robbie has his own dark secrets that have propelled him to lose himself in Africa.
And Jane herself - there can be no Tarzan without Jane. I wanted Jane to represent a modern girl. She’s tough, independent, and although she can’t beat Tarzan’s raw strength, she is smarter - making the two of them a perfect team. My Jane has a mobile phone - of course she does, she’s a modern girl - but what use is that in the jungle? None at all. With no signal and no way to charge the battery, it just becomes a useless piece of junk; a relic to the “civilized” world she has left behind. It proves that, no matter what technological marvels we have, the jungle is just as hostile a place now, as it was a hundred years ago. 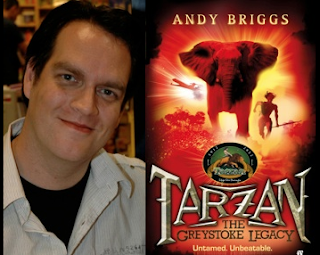 When people refer to my Tarzan as “young Tarzan”, I flinch. This is not the young adventures of... it’s the new adventures of... But Tarzan of the Apes has always been about young characters; in it we follow Tarzan’s life from when he was born. When he meets Jane he is still a teenager - anywhere between 15 and 19, Burroughs doesn’t make it clear. And Jane is of “marrying age” which, a century ago, placed her around 15 or 16. Over the years we have all perceived Tarzan and Jane in our own way, usually influenced by the actors who portrayed them on the silver screen. We tend to age them relative to our own age (after all, we all want to be one or the other, right?), and I wanted to try and capture that magical element. Like Peter Pan, Tarzan and Jane have always refused to grow up - and I like it that way. I believe that is why Tarzan is a character a 9 year old and a 90 year old can sit and talk about with the same level of enthusiasm. He spans generations; he inspires us all. And I hope my own contemporary Tarzan stories would get a thumbs-up from the great Edgar Rice Burroughs as a counterpoint to his own classics.
Above all, Tarzan is now ready to entertain people for another 100 years... and I wonder how the world will have changed by then...
Posted by Unknown at 04:11