Edith Pattou talks to Armadillo editor Louise Ellis-Barrett about her stunning novel North Child.  This interview ties in with the imminent release of a luxury hardback edition.  To learn more about this stunning book and the inspiration behind the story read on ... 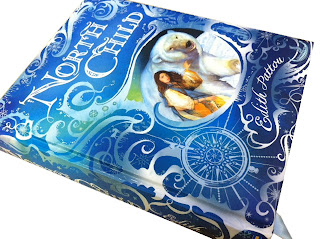 North Child is a charming story and it was published some time ago now, how did you feel when you were told that a luxury edition was being planned?
I was thrilled!  I’ve been so awed and pleased by North Child’s lasting appeal in both Great Britain and the United States (where the title of the book is East). In fact, it was recently nominated by National Public Radio in the U.S. to be part of a list of the “Best-Ever Teen Novels of all Time”.

How did the idea for the story come to you.  I imagine that outside Norway their fairytales are not that well known.
I first read the fairy tale “East of the Sun and West of the Moon” when I was a child in a book of fairy tales called The Blue Fairy Book. I immediately loved the brave heroine who goes to the end of the world to rescue her prince.

The story is truly enchanting and the new edition will add to the appeal that it already has.  How long did it take you to find your voice and the voice of Rose?
Rose’s voice came to me quickly probably because it had been rattling around in my head since I was a little girl.  The other voices came fairly easily as well, once I got to know their characters. The White Bear was the trickiest, but when I lit on the idea of making his voice more like poetry, it flowed nicely from there.

How long did it take you to write the book?  Was it an idea that was with you for a long time before making it to the page or did the ideas just flow?
It took me about two years to write North Child. And the idea came to me indirectly through another book I was writing that I had gotten blocked on. That story had a handful of fairytales interwoven into the plot. But when I realized it was Rose’s story I wanted to tell, no more writer’s block!

Is Rose your favourite character or are there others who spoke to you loudly whilst you were writing?  The Troll Queen for example, is she really all that bad or do you want readers to feel sympathy with her?
Rose is probably my favorite character but I have quite a fondness for the White Bear as well. And  loyal, dear Neddy. And as for the Troll Queen, while her actions are inexcusable and wicked, I did want to humanize her, find some sympathy for her in myself. She loved, not wisely but too too deeply. 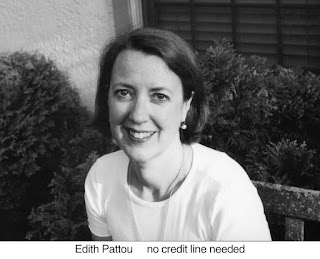 Did you travel with Rose on her journey?  Could you imagine yourself as her travelling with a stranger to an unknown land?  It is all very romantic!
Yes! Partly because of all the research I did, there were definitely moments when I felt like I was right there with her: at her loom, underwater encased in sealskin, finally lighting that candle, and even in the ice palace. In fact, during the writing of NORTH CHILD I did actually get to travel on a ship through a fjord in Norway which was lovely.  Truthfully, though, I like to think my heart could be as dauntless as Rose’s, but not sure my body could’ve taken all that freezing cold weather!

Did you have a readership in mind when you wrote the book or did you just hope that it would have a strong appeal to a young audience with a love of adventure and fairytale i.e. most children!
When I write I don’t actually envision an audience, or try to figure out what age I’m writing to. I just tell the story inside me that is clamoring to be told.  I’ve found to my delight that NORTH CHILD has found a wide audience, from ten year olds up to 60 year olds.

The story is highly lyrical, the language is enchanting, have you always written stories in this way or were you inspired by a favourite author?
I think that because of its romantic, epic, fairytale qualities, NORTH CHILD needed to be told in that way. And I do enjoy writing in that ageless, elegant style. When I was young I loved the books of C.S. Lewis, Rosemary Sutcliffe, and J.R.R. Tolkien (still do, in fact) and I’m sure they had a lasting influence on me.

Is fantasy the genre you feel happiest in?  Is it the genre you read for your own pleasure too?
I do love writing fantasy, though have just finished writing a contemporary realistic teen novel, as well as a funny picture book for younger children. And in terms of what I like to read, I read pretty much everything. Right now I’m simultaneously reading a mystery, a classic adult novel by a Latin American author, and a new teen historical thriller.

If you could have been a character from a fairytale who would you choose to be and why?
Lovely question!  And I hate to be biased but I’m afraid I have to pick that unnamed heroine in the fairytale “East of the Sun and West of the Moon”! I always loved that not only did she get to ride on the back of a great white bear, but she also got to ride on the backs of the south, east, west and north winds.

I see that questions for reading groups have been created, are these questions of your devising?
My publisher came up with the questions, but they did run them by me for my approval. I think they did a splendid job!

When you did your research for the story did you have to buy lots of books, make copious notes and find somewhere to store all the newfound knowledge?  What have you done with it all since?
I did buy lots of books and made very copious notes. In fact, I accumulated piles and piles of file folders with headings like “Maps and mapmaking”, “The Arctic”, “Weaving”, “Polar bears,” etc. Those folders all went into a very large box which I stored in my basement. And, in fact, I have very recently brought that box upstairs and unpacked (and dusted off!) all those folders because I’ve begun work on a sequel to NORTH CHILD! It has been a great treat to sift through the papers and to reacquaint myself with the characters. It’s a little like reuniting with a group of old, well-loved friends. And so far I’m very much enjoying this brand new journey Rose and I have begun!