Sam Hay - why we all need Uncles!

Sam Hay is the author of the Undead Pets series, published by Stripes. The latest book in the series - Hour of the Doomed Dog is out now.

Sam grew up in Scotland and worked as a journalist for ten years before becoming a children’s author. She’s written more than 20 books. She lives in Wales with her family, in a small house with a big garden. 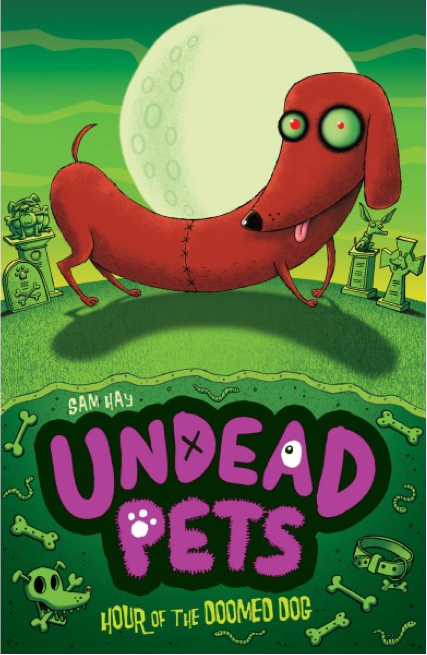 Why Everyone Needs a Magic Uncle
Uncles. They sometimes get a bad name in books. From wicked old Uncle Ebenezer who tries to bump off his nephew in Kidnapped. To Harry Potter’s mean-spirited Uncle Vernon who makes Harry sleep in a broom cupboard! Not to mention several Shakespearean rotters - Richard the Third who nabbed the crown off his nephews, and, according to the play, had them killed! And Hamlet’s horrible Uncle Claudius, who murdered Hamlet’s dad, married his mum and tried to poison his nephew! Nice.

But not all uncles are up to no good. Step forward amazing Uncle Charlie!

In the Undead Pets books, it’s Uncle Charlie’s gift to his ten year old nephew, Joe, of an ancient Egyptian amulet, that makes all the magic stuff happen. The amulet turns Joe into the protector of Undead Pets and thereafter a string of ‘help-me-or-I’ll-haunt-you’ critters appear, desperate for Joe’s assistance.

Joe always wanted a pet - now he’s got loads!  And it’s all thanks to Uncle Charlie.
So who is Uncle Charlie? An old fashioned adventurer - part explorer, part archaeologist, part Indiana Jones with the survival skills to out-fire-start Bear Grylls. He’s a man of action. A man who plays poker with pirates. A man who has pulled a Tree Python’s tooth out of his own thigh and not only lived to tell the tale, but brought the tooth back as a keep-sake for Joe. 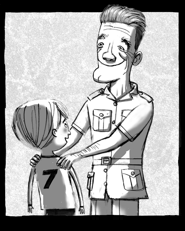 Unsurprisingly Joe loves Uncle Charlie. He lives the sort of life Joe dreams of. He turns up when no-one is expecting him, in his battered old jeep with a kitbag full of sand and exciting treasures for Joe.  And that’s another thing about uncles. The gifts!

The magical amulet is amazing, but it isn’t without problems. That’s why a parent would never give it to their child. It’s too fraught with danger!  It’s magic. And magic’s unpredictable stuff. Parents don’t do unpredictable. But Uncles? Awww, hang the consequences! What the hec! Here you go! Take it. Try it. It’ll probably work out okay in the end.

I still haven’t forgotten the look on my kids’ faces last Christmas when a beloved uncle gave them a candyfloss machine. Utter joy. Sugar on a stick! Hurrah!  Or the total enchantment when another favourite uncle set up an amazing treasure hunt complete with video clues, walkie talkie communications and a two mile hike across fields and streams to recover a chest full of chocolate!

And if things go wrong, uncles don’t always need to be there to fix it. When the magical amulet goes bananas and Joe wants Uncle Charlie to sort it out, he’s already long-gone, off on another adventure. And that’s a good thing. Uncles give kids the space to solve their own problems...

I actually based the character of Uncle Charlie on another of my kids’ uncles - my older brother who has lived a dozen different lives - travelling around the world, doing the mad, crazy, hair-raising stuff that I can only imagine from the safety of my quiet desk in Wales. He’s Charlie. I’m Joe. And there’s always an electrical storm of magic in the air when he’s around.

See. Kids with uncles are SO lucky. But they’re even luckier if they’ve got an aunt, as well...
Aunts. Now they’re 100% magic. Maybe even more magical than uncles. But that’s another story...

FAMOUS UNCLES
Uncle Fester - scary-looking sweet-natured uncle in the Adams Family.
Uncle Ben Parker - Spider Man’s kind-hearted uncle
The Man from U.N.C.L.E - spy dudes from the seventies.
Ziro the Hutt - Jabba’s uncle from Star Wars
Scar - evil uncle from the Lion King
Uncle Tom Cobbley (and all) - a bloke in a Devon folksong about lots of people turning up at a party.